Who knew that a company whose typical stock in trade runs to darker and even macabre themes could create such a light frothy confection of fun? Having been a fan of the work Synetic does for years now, I’m glad to see that they can still surprise me. 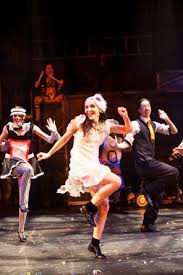 Following a tried and true Shakespearian conceit, they have set the play with in a play. Or should I say the play within a movie? The play is set on the sound stage (or lack of sound stage) of a silent movie filming a silent movie of Twelfth Night. Did you follow that? Really it’s not confusing at all once you’re watching it. They do an excellent job of giving an elegant yet no less fun interpretation of the exaggerated gesticulation and pantomime of 1920’s silent movie genre and throughout the performance you could feel the influences of the Little Tramp, Buster Keaton and a good dash of Laurel and Hardy. And, I have to tell you, the cast just looked like they were having a ball on stage and that sense of fun washes over the audience (or at least me) pulls you into the performance. It’s one of those shows that comes together and all the parts are intermeshing beautifully. I really can’t think of a dissonant note in the production.

Synetic tends to incorporate a prequel scene to help set up the narrative and the one they created for this show works particularly well, it added a solid base for the show and, right up until the boat sinks (spoiler alert!) and nearly everyone on-board drowns, was hilarious. They do certainly take a few liberties with the story line, it’s almost necessary but they give a pretty accurate representation of the original story, and the changes that were made really added to the show. 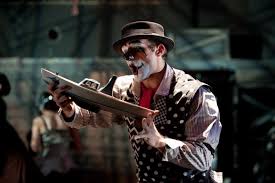 I think what really impressed me the most was the straight-up clowning ability of the cast. I’m not talking Barnum and Bailey clowns but old school vaudeville clowns. The opening sequence with Ben Cunis (Feste) and Vato Tsikurishvili (Fabian) is just a brilliant bit of performance and they are the thread that weaves together this production. As always, the rest of the cast is exceptional as well; I will never get tired of seeing Ms. Tsikurishvili on stage, and in her turn as Viola she gives an endearingly charming performance. Alex Mills (Sebastian) continues to amaze me with his abilities, 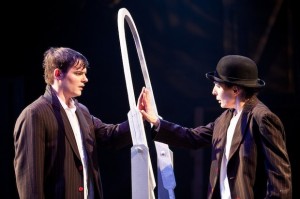 the ways he can move his body boggles the mind.

I enjoyed this show enough that I’m using the excuse of a niece visiting me go see it again. It’s actually a show that works for all ages, which can’t be said for a lot of Synetic shows (but that’s one of the things I like about them!) and runs through February 16th.

In other new keep an eye out for their next show Hamlet which was their first wordless Shakespeare production and one of the few I’ve haven’t seen before and I’m SO excited to see.